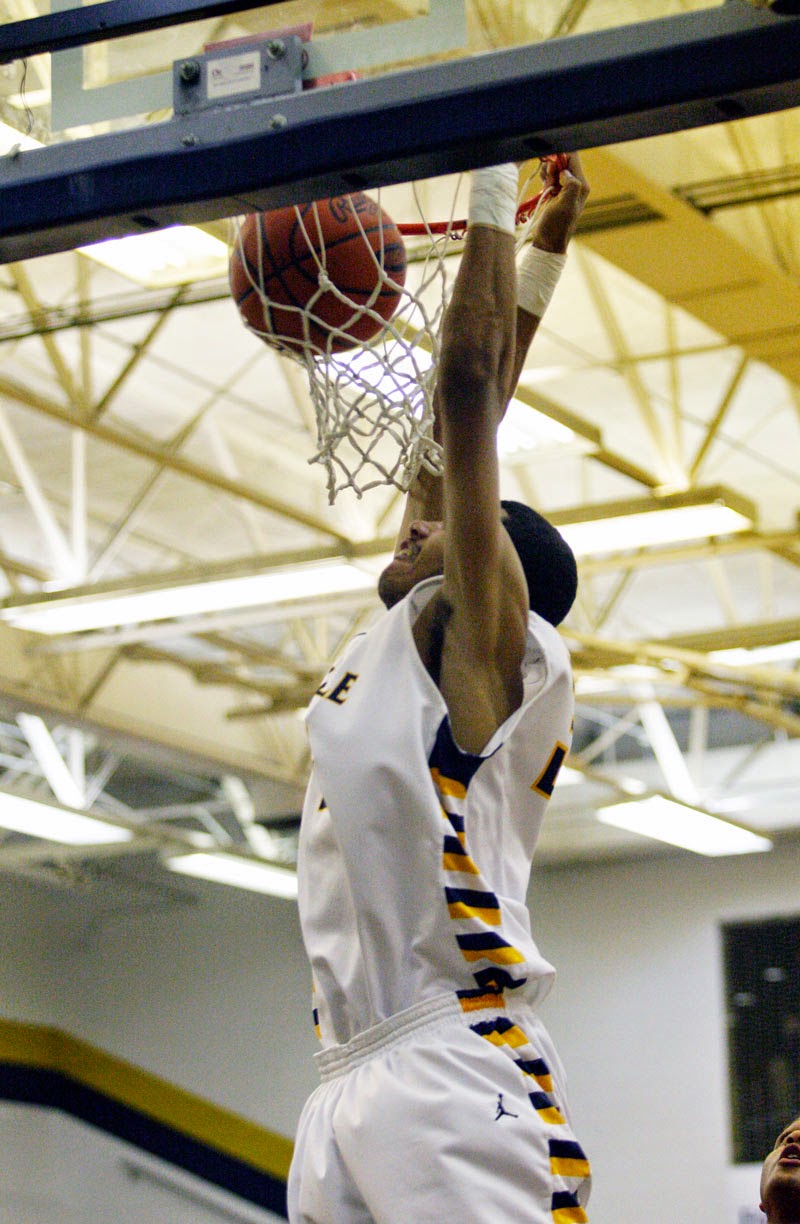 The host Fairdale Bulldogs (10-9) had their hands full against Newport (11-12) in the first of their two games in the 2015 Forcht Bank King of the Bluegrass Showcase. The Dawgs win was the second straight for a Louisville school against an out-of-county opponent in the event and was the third straight win for the Bulldogs.

After scoring the opening basket of the game the host Bulldogs built an early four point lead on the Wildcats. Newport's Ethan Snapp scored six straight for the Wildcats before Kameron Covington gave them their first lead with three minutes remaining in the opening quarter. The two teams exchanged the lead three more times in the opening quarter with Tre Richardson's old fashion three-point play putting the Dawgs ahead 12-10 at the quarter break. Fairdale pushed their lead to 9 points following an 9-2 run to open the second quarter. Paul Price's steal and basket with two minutes remaining in the half pulled Newport within three points but the Wildcats couldn't get any closer. Fairdale took a 27-20 lead into the locker room at halftime.

In the opening three minutes of the second half the Bulldogs pushed their lead to double digits on two different occasions. A 7-1 run by Newport with 2:30 remaining in the third quarter pulled the Wildcats back to within four points. Fairdale got four straight points from Tre Richardson to end the quarter and push the Dawgs back ahead 39-31. A pair of free throws to open the fourth quarter gave the Bulldogs a 10 point lead. It took Newport just three minutes to outscore the Dawgs 15-4 behind 10 points from junior Ethan Snapp. Tre Richardson scored another pair of baskets to even the score at 49-49 with 5:07 remaining. The Wildcats scored the next five points pushing ahead 54-49 with just 2:30 remaining in play. An offensive foul by Ethan Snapp, his eighth turnover of the game, gave the Dawgs possession with thirty seconds remaining. Tre Richardson's baseline dunk from Korey Tipton with four seconds to play gave Fairdale the 57-56 lead. Snapp's heave at the buzzer was unsuccessful giving Fairdale the victory.

Ethan Snapp finished with a game-high 27 points or Newport . Fairdale was led by Tre Richardson with 18 points and D.J. Jones with 13 points. The Bulldogs got 22 points from their bench in the victory.