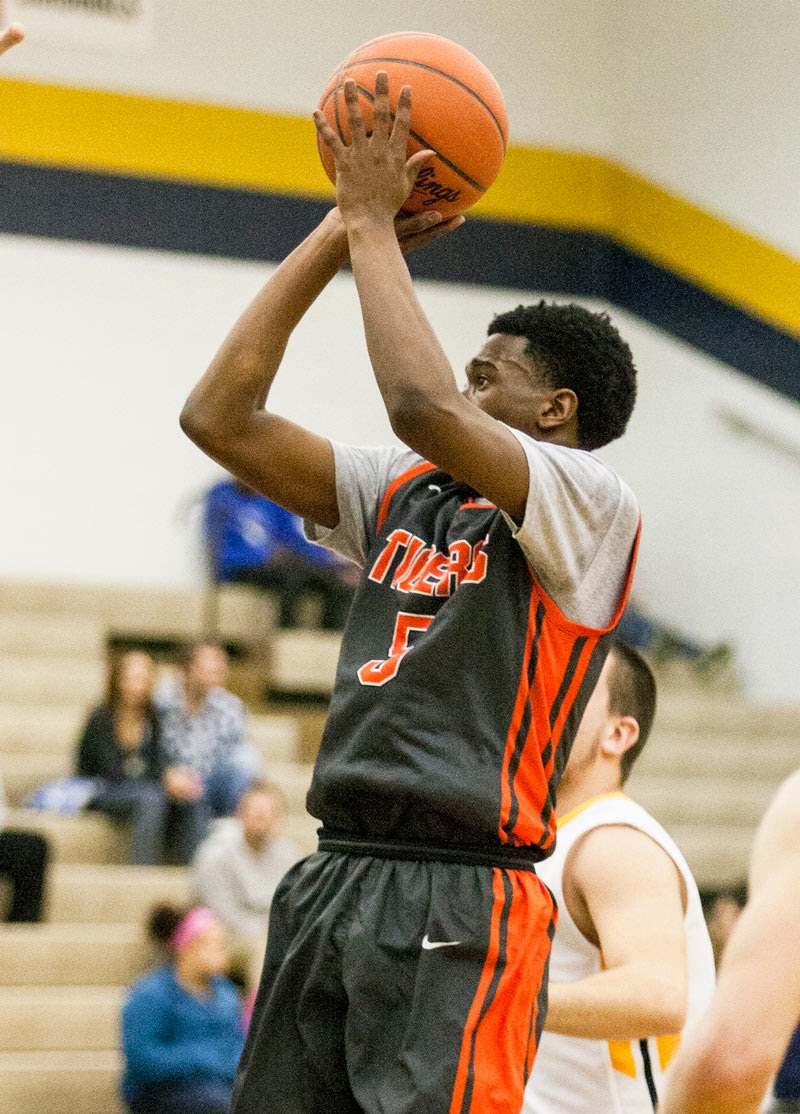 Fern Creek (13-8) used a strong start to push past Knox Central (12-10) in the opening game of the 2015 Forcht Bank King of the Bluegrass Showcase. The match up marked the first appearance in the event for both programs. The win also marked the first for Louisville in the five matchups against out-of-county opponents.

The Tigers scored the opening basket of the game and never looked back pushing ahead 24-11 with just over a minute remaining in the opening quarter. Fern Creek's stifling defense helped the Tigers convert five points off turnovers and hold Knox Central to 35.3% shooting. A free throw by Matthew Barger pulled Knox Central back within 4 point just 3:30 into the second quarter. Dallas Yeager's basket pulled the game even at 34-34 with 1:42 remaining in play. Knox Central tied the game for a second time a minute late but trailed 37-36 at the half.

Just ten seconds into the second half Knox Central Nate Cole put the Panthers ahead 38-37 for their first lead of the game. A 15-2 run in the opening five minutes of the half put Fern Creek back ahead by ten points. Matthew Barger scored seven points as part of an 11-1 run by Knox Central that sent the game into the fourth quarter tied at 55-55. Anthony Wales' basket in the opening minute of the final quarter gave Fern Creek the lead for good. Knox Central got as close as 2 points on three separate occasions but couldn't convert despite five missed free throws by the Tigers in the final 2:30. Kyree Hawkins' free throw with 13 seconds remaining sealed the final score of 70-66.