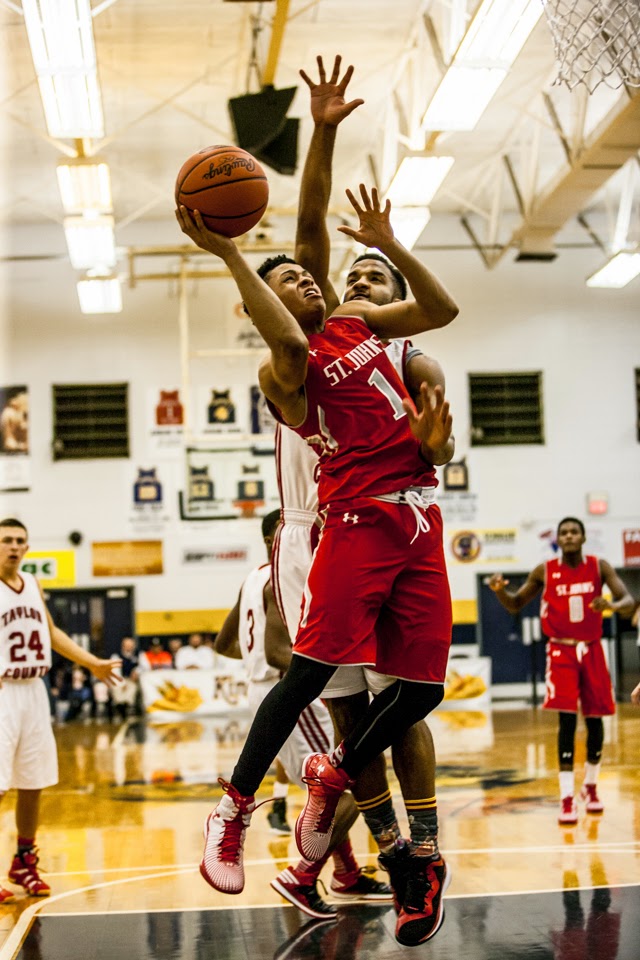 In a battle of teams making their first King of the Bluegrass Championship appearance it was St. John's (7-2) who claimed the victory over Taylor County (10-1). The win was the Cadets first championship in the event and extended their winning streak to seven games. The game was an instant classic with the teams exchanging the lead twelve times including three lead changes and three ties in the final three minutes of play.

The opening quarter of the game was the Brandon Berry show as the Taylor County senior single-handedly outscored St. John's with 19 points including three 3-point field goals. The Cardinals 23-16 lead at the end of the first quarter didn't last long as Anthony Cowan capped an 8-0 run by St. John's put the Cadets ahead 24-23. An old fashion three-point play by Tre Wood put St. John's on top by four just minutes later. An administrative Technical Foul on St. John's with 1:46 to play put David Sloan at the free throw line where he tied the game at 31-31. Austin Webster put the Cardinals back in the leads with less than twenty seconds to play, but it was Jeffrey Dowtin's 3-pointer with three seconds to play that sent St. John's to the locker room with a 34-33 lead. 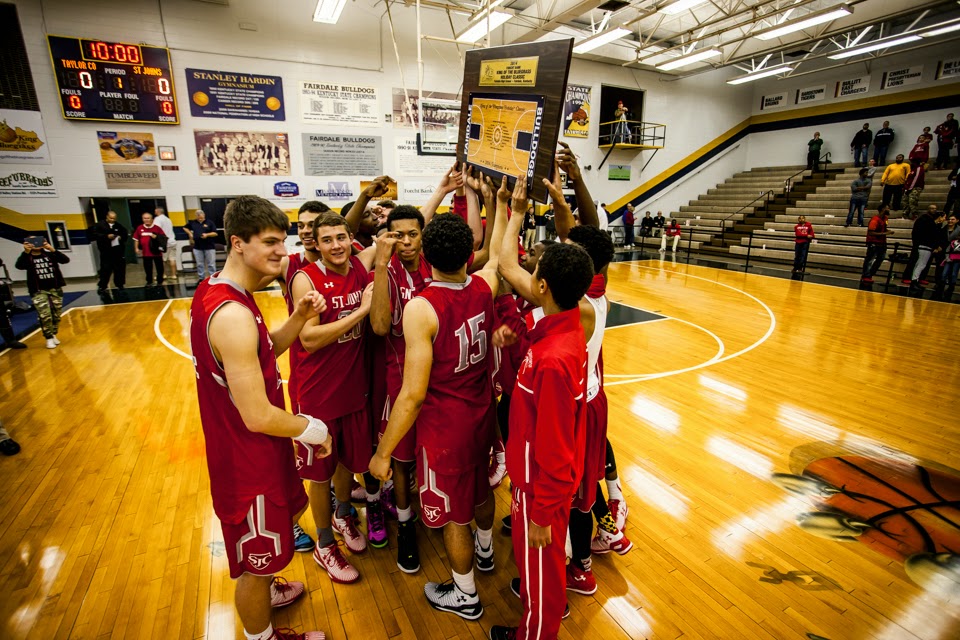 St. John's Matas Budrys opened the second half with a three-pointer to push the Cadets ahead by four and it took six straight points by Quentin Goodin to get Taylor County back in it midway through the third quarter. A putback by Brandon Berry gave the Cardinals their first lead of the half but it was short lived as Anthony Cowan drilled a three-pointer on the next possession to put St. John's back ahead. Ezra Oliver's basket with 2:24 remaining in the third quarter gave Taylor County a lead they would hold for nearly the next seven minutes. With 3:32 remaining in the game Jeffrey Dowtin got a block on one end of the floor and a basket on the other to put St. John's back in the lead 53-52. A pair of David Sloan free throws tied the game with 1:48 remaining and a third Sloan free throw put the Cards ahead 55-54 with 51.9 remaining in the game. A foul 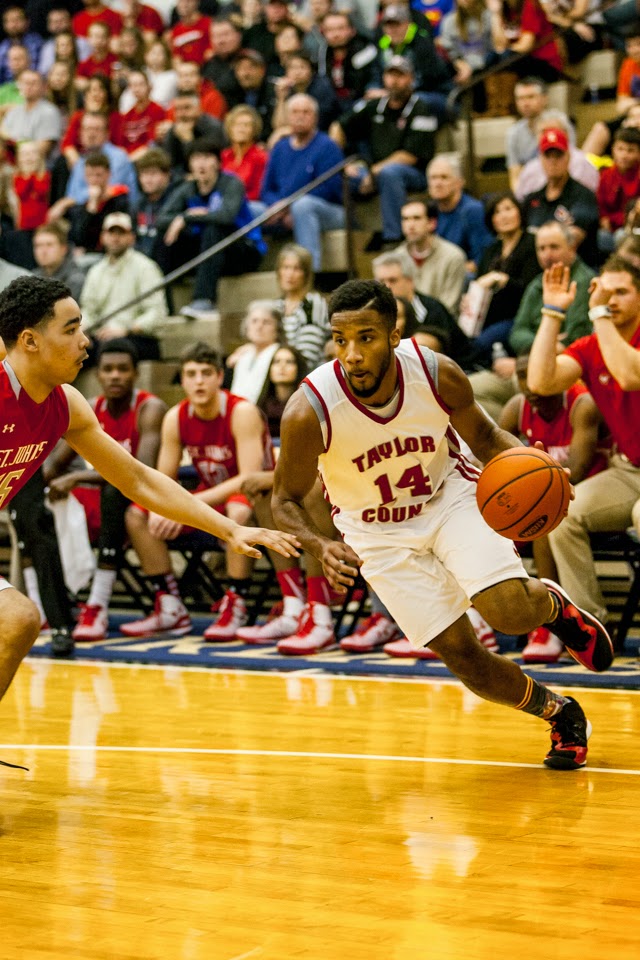 
Posted by DecoTurf High School Tennis Team Championships at 12:38 AM