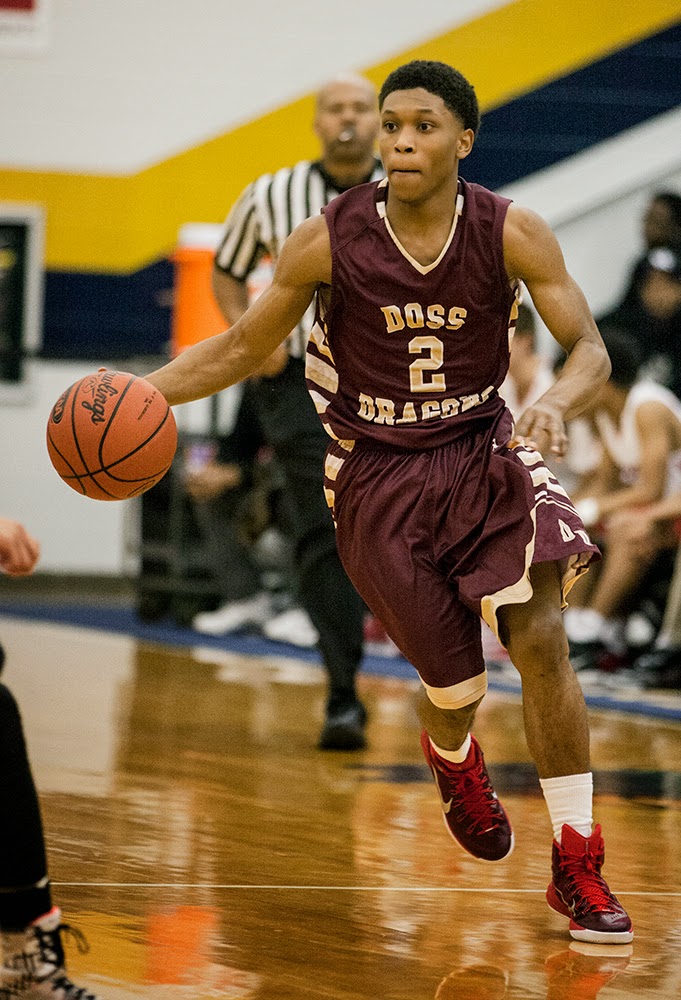 Sixth region favorite Doss (5-0) took on their second straight Top 10 opponent in the quarterfinals of the King of the Bluegrass. One night after knocking off the state's 4th ranked Newport Central Catholic the 10th ranked Dragons met 9th ranked Owensboro (6-1).

Owensboro got off to a fast start against the Dragons with guard Darion Morrow scoring seven early points pushing the Red Devils ahead 17-10 just four minutes into play. The Dragons which took nine 3-point attempts in the opening quarter cut the Owensboro lead to 3 with two minutes remaining in the quarter. A 5-0 Owensboro run put the Red Devils back ahead 23-15 at the quarter break. Midway through the second quarter Nick Anderson's three-pointer put the Dragons in the lead or the first time at 25-24. The two squads exchanged the lead our times in the next three minutes before Dajon McCarley's 3-pointer gave the Dragons the 31-29 lead at the half.

Doss' lead grew to four on their opening possession of the half behind two Ramon Collins free throws. The Red Devils fought back to tie the game two minutes later but couldn't take the lead from the Dragons until Justin Miller's basket with 2:15 left in the quarter. A Dylan Sanford free throw in the closing seconds of the quarter gave Owensboro a 55-51 lead. Doss cut the Red Devil's lead to one a minute into the fouth quarter but it was Collins' putback midway through the quarter that finally gave the Dragons the lead again. From there Dajuanta Weaveer scored  the next seven points for the Dragons pacing them toward a 67-57 lead with 1:26 remaining in play. Doss capitalized on their opportunities hitting 19-of-26 fourth quarter free throws to pull out the 75-71 victory.

Owensboro was led by guard Dorion Morrow with 18 points and the post duo of Aric Holman and Justin Miller each added 16 points and 9 rebounds. Doss was led by senior Dujuanta Weaver's 30 points and forward Ramon Collins added 15 points for the Dragons who shot just 36% for the game.