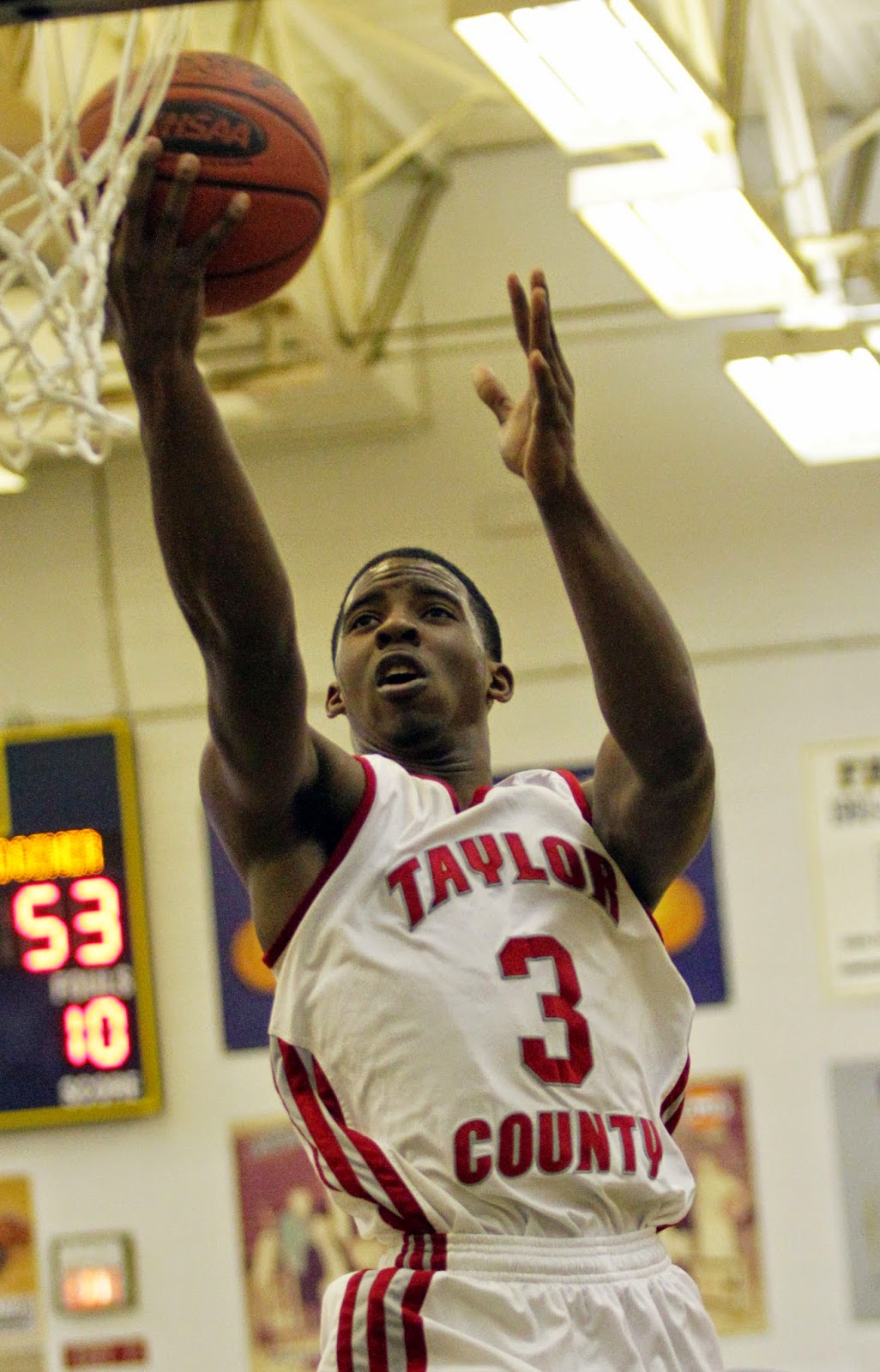 The third game of tonight's action featured the state's 17th ranked Taylor County (8-0) against unranked Waggener (3-4). The game also featured a matchup between two of the state's top underclassmen in Taylor County's Quentin Goodin and Waggener's De'Von Cooper. The Cardinals used a 20 point third quarter run to advance to the quarterfinals with an 84-74 victory.

A quick basket by Taylor County's Ezra Oliver gave the Cardinals the early lead and they never looked back. Mid way through the opening quarter of play Taylor County extended the lead to 15-8 following Brandon Berry's second three-pointer of the game. The Cardinals lead grew  to as many as 14 points on two occasions in the opening minute of the second quarter. Waggener's Jalaam Hill scored six straight to pull the Wildcats within 8 points. A late three-point field goal by Waggener senior Trevon Jackson helped pull the halftime score to 38-32.

A three-point field goal in the opening seconds of the second half pulled Waggener within 3 points before the Cardinals went on a 21-1 run to take a 23 point lead in the closing minute of the third quarter. The Cards forced 11 third quarter turnovers and held Waggener to just 25% shooting for the quarter. The two teams combined to shoot 42 free throws in the fourth quarter and Waggener was able to convert six Taylor County turnovers in eight points. The Wildcats got seven straight points by De'Von Cooper to cut Taylor County's lead to nine in the final minute but couldn't get any closer.