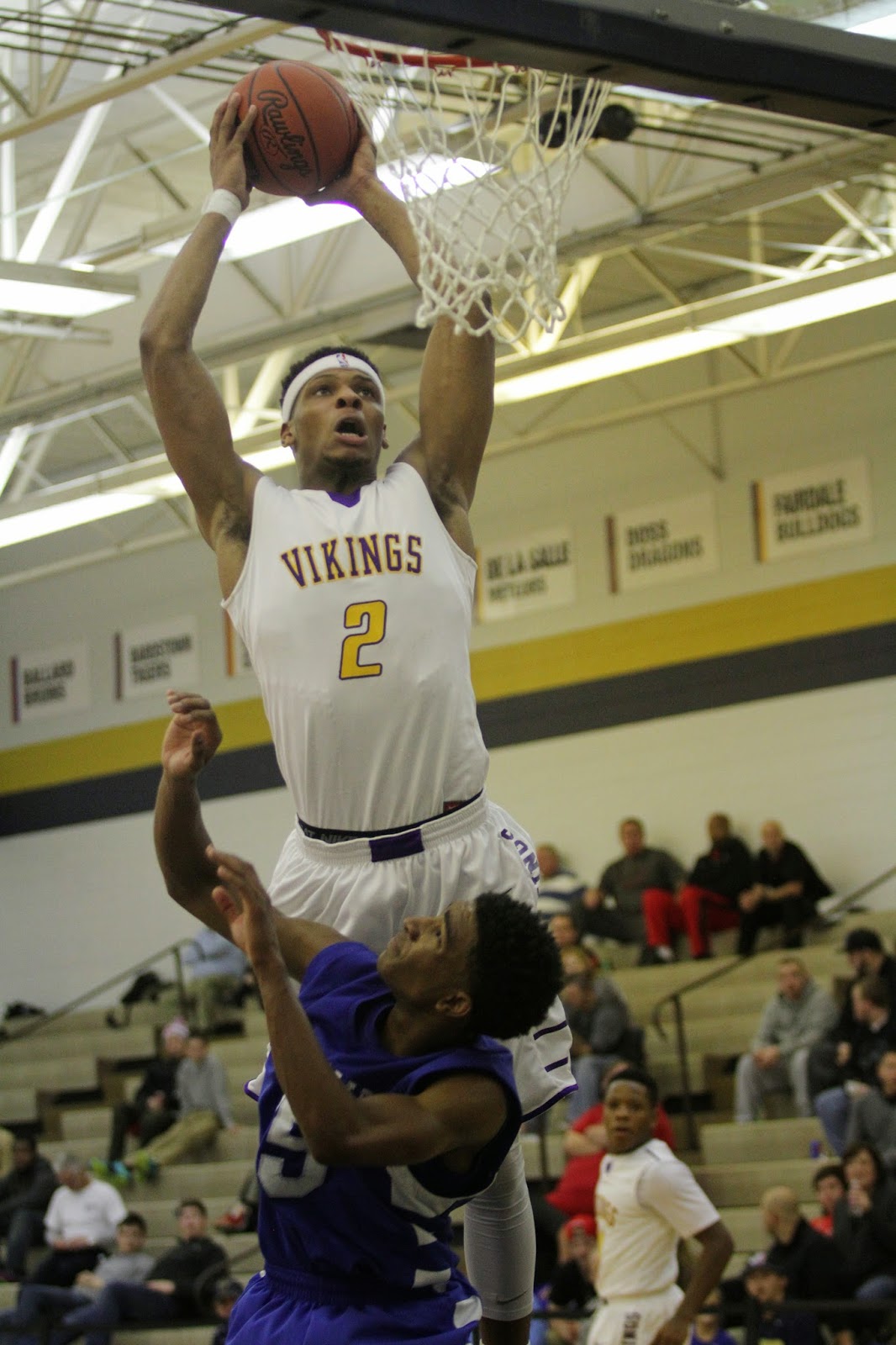 The opening game of Day 2 of the 2014 Forcht Bank King of the Bluegrass matched two out-of-state participants. The South Shore Vikings (4-3) held onto an early lead to advance past De La Salle (6-3) in their first round game.

The Vikings got quick baskets by four different players in the opening minutes of the game jumping out to a suffocating 11-3 lead. A pair of free throws by De La Salle's Brandon Hutton pulled the Meteors within a point two minutes into the second quarter. Nick Simeon scored the final four points of the half for the Vikings to push them ahead 22-17 going into halftime. South Shore held the Meteors to just 28% first half shooting.

South Shore opened the second half scoring seven of the first nine points to push their lead to ten points. De La Salle cut the lead to five on five occasions including a Christian Hayes field goal with 2:19 remaining in the game but could never get any closer. The Vikings hit six straight free throws in the closing minute including four by Cheyenne Nettleton to seal the 50-41 victory.