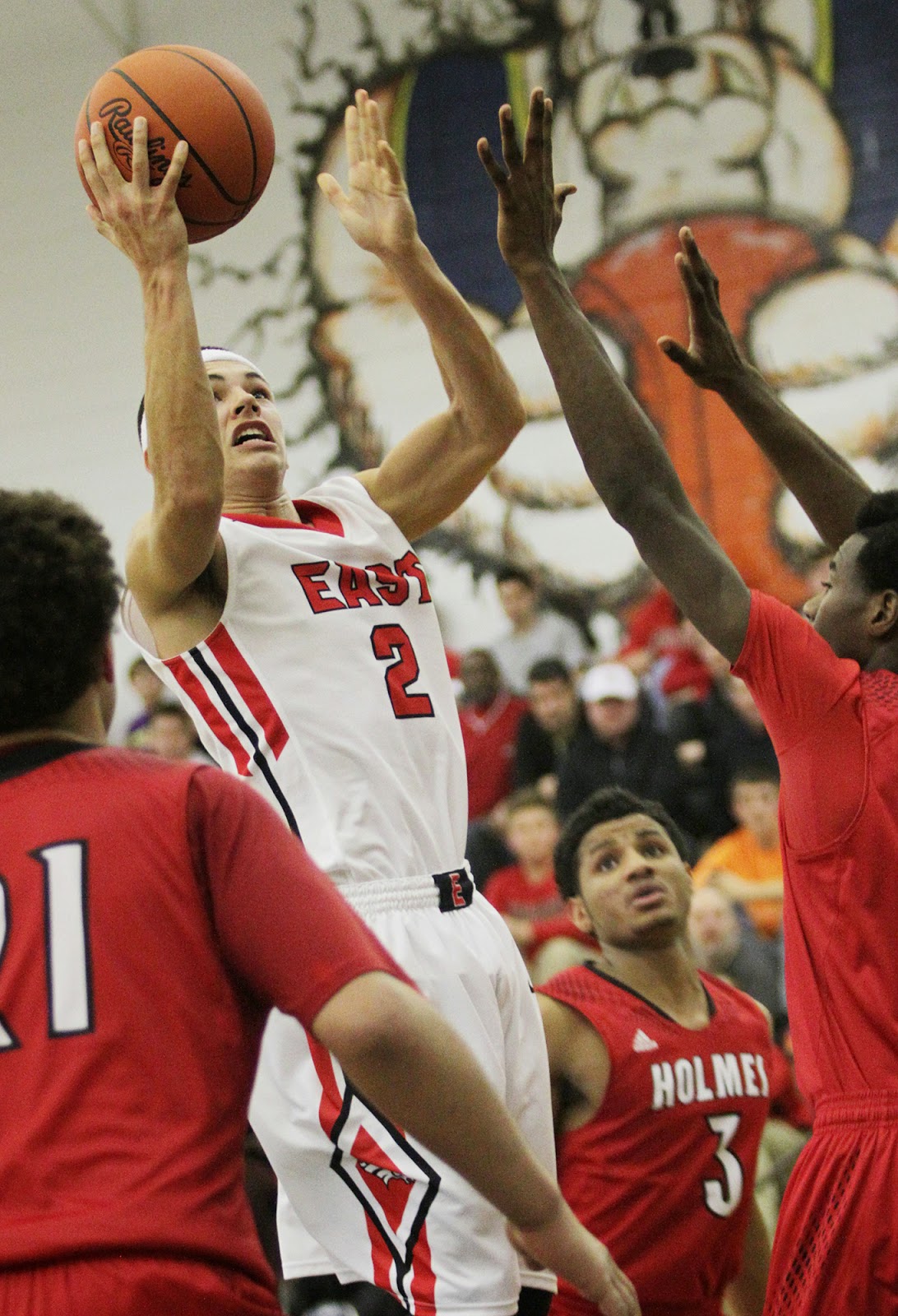 In our second battle of ranked teams the 16th ranked Chargers of Bullitt East (5-1) got the best of the 11th ranked Holmes Bulldogs (4-2). The Chargers trailed by as many as 14 points in the fourth quarter before racing back to claim their spot in the quarterfinals.

The opening four minutes of play were a battle with the teams exchanging the lead on five different occasions. A pair of 3-point field goals by Holmes' James Bolden got the Bulldogs going as the outscored Bullitt East 19-7 to take a ten point lead at the end of the opening quarter. The Bulldogs lead grew to as many as 14 points just two minutes into the second quarter. Bullitt East never got closer than 7 points for the remainder of the half with Holmes taking a 39-29 lead into the locker room.

Bullitt East opened the second half on a 16-6 run cutting the Bulldogs lead to three points following a Garrett Wilson basket. Holmes quickly rebounded pushing the lead back out to ten points at the end of the third quarter following a James Bolden basket in the closing seconds. The Bulldogs lead grew back to a game-high 14 points on three different occasions with just over five minutes remaining in play. The Chargers stepped up the defense holding Holmes to just one field goal in the final eight minutes as Bullitt East roared back. Tyler Sharpe scored eight points in the final quarter including the game tying basket with 1:27 remaining in play. A missed free throw attempt by Holmes' Marcus Mullins gave the Chargers possession. Bailey Rakes' driving layup with less than 10 seconds to play gave the Chargers heir first lead since midway through the opening quarter. A James Bolden 3-point attempt at the buzzer missed to seal the victory for Bullitt East.