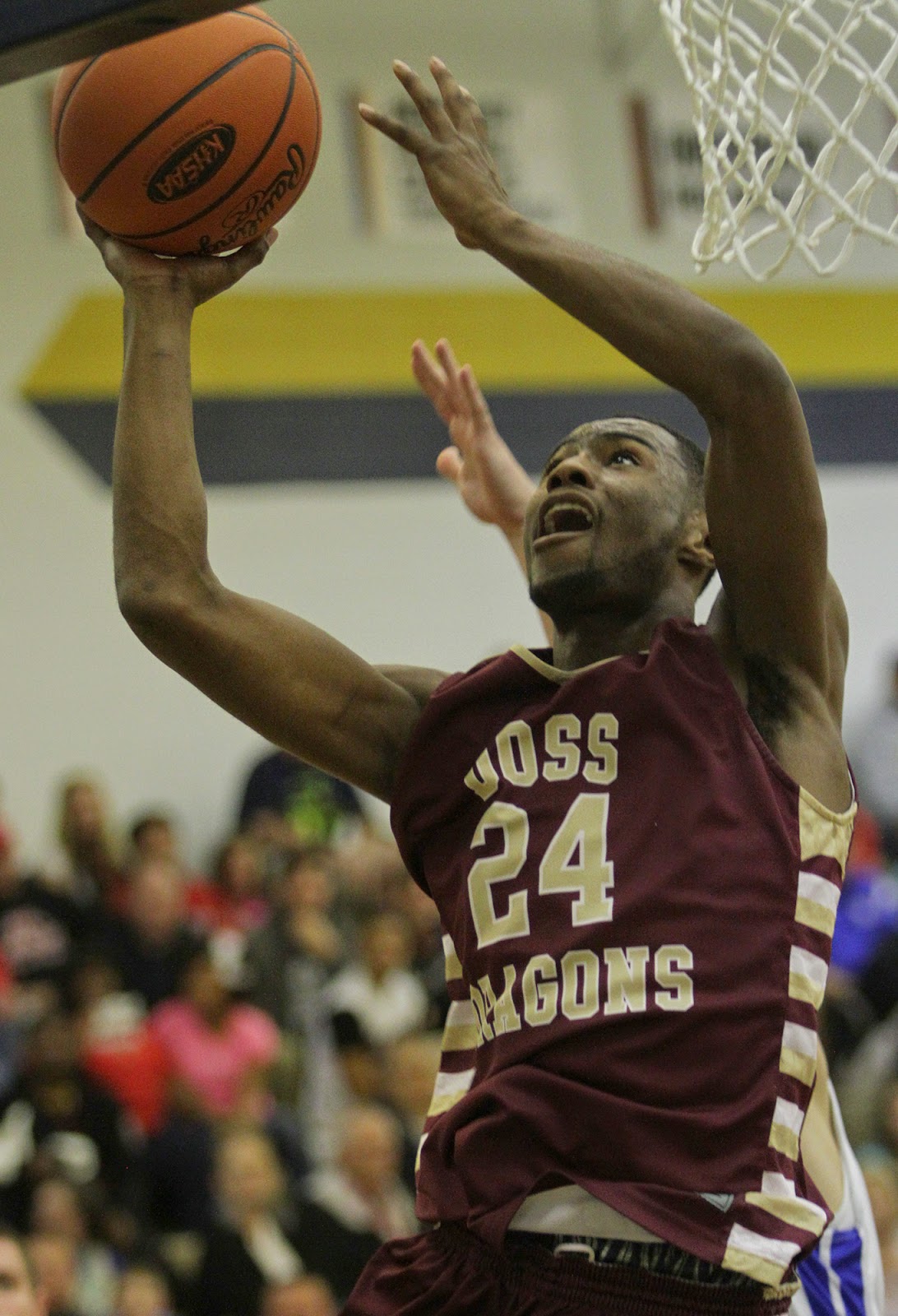 In a first round battle between Top 10 opponents it 10th ranked Doss (4-0) that got the best of 4th ranked Newport Central Catholic (3-1). The Dragons who overcame a 14 point first half deficit used clutch free throw shooting to advance to the quarterfinals.

Newport Central Catholic opened the game with stifling defense to take a quick 9-0 lead holding the Dragons scoreless for the first 3:30 of play. A Drew McDonald basket with 1:42 remaining in the opening quarter gave the Thoroughbreds their largest lead of the game at 21-8. The teams exchanged field goals in the second quarter with Doss cutting the lead to 8 points before Grant Moeves three-pointer pushed Newport Central Catholic's lead back to eleven. Doss outscored the Thoroughbreds 7-0 to end the half trailing 37-33.

The Dragons started the second half just as hot scoring the first five points to take their first lead of the game following a Dujuanta Weaver 3-pointer. The two teams exchanged the lead four times in the third quarter with Newport Central Catholic taking a one point lead into the final quarter of play. A pair of free throws by Doss' Ramon Collins gave the Dragons a one point lead in the opening seconds of the fourth quarter and the Thoroughbreds could never recover. A Weaver basket with three minutes remaining in the game gave the Dragons their largest lead of the game at seven points. Seth Freppon's lone point cut Doss' lead to two points with 1:07 remaining and Grant Moeves connected on a pair of free throws with 33 seconds remaining to pull the Thoroughbreds within one point. Terell Gray's layup with 12 seconds left in the game sealed the 66-63 win for the Dragons.

Dujuanta Weaver led all scorers with 30 points and Terell Gray added 19 pints and a game-high 16 rebounds for the Dragons. Newport Central Catholic was led by Northern Kentucky signee Drew McDonald with 18 points and 13 rebounds. Junior Ben Weyer added 17 points for the Thoroughbreds.