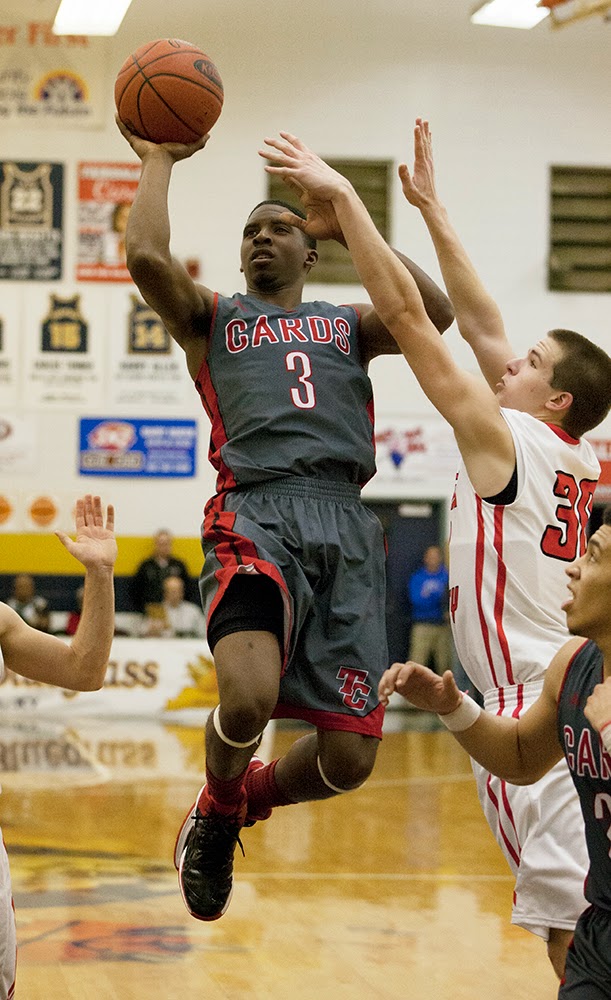 In a battle between Top 25 programs it was once again the underdog that walked away with the win. It was 17th ranked Taylor County (9-0) who knocked off 7th ranked Wayne County.

The game opened with as much excited as anticipated exchanging the lead twice in the opening four minutes. Wayne County opened their first lead of five points moments later taking advantage of back-to-back misses by Taylor County. A David Sloan steal led to Cam Moregeson's layup to give Taylor County a 17-14 lead at the end of the opening quarter. A Quentin Goodin 3-pointer three minutes into the quarter pushed the Taylor County lead to five points. Peyton Woods' three-point basket with 2:08 remaining in the half capped a 7-2 run to tie the game for the third time. Corey Stearns layup in the final 30 seconds of the first half sent Taylor County into halftime with a two-point lead. Wayne County held Taylor County to just 23% shooting in the second quarter.

Wayne County came out hot to open the second half and quickly expanded their lead to five on multiple occasions. Quentin Goodin then scored thirteen straight points for Taylor County but the Cards couldn't overcome Wayne County who pushed their lead ahead to seven points in the final minute of the third quarter. A Goodin 3-point basket in the opening seconds of the fourth quarter got Taylor County going and the Cardinals took a 52-51 lead moments later. Six lead changes later and Wayne County was back in the lead until David Sloan's coast-to-coast drive tied the game at 63-63 with three minutes remaining in play. Goodin and Sloan combined to score the next seven points for Taylor County and put the Cardinals ahead with 40 seconds remaining. A pair of free throws by senior Brandon Berry sealed the 72-68 victory.