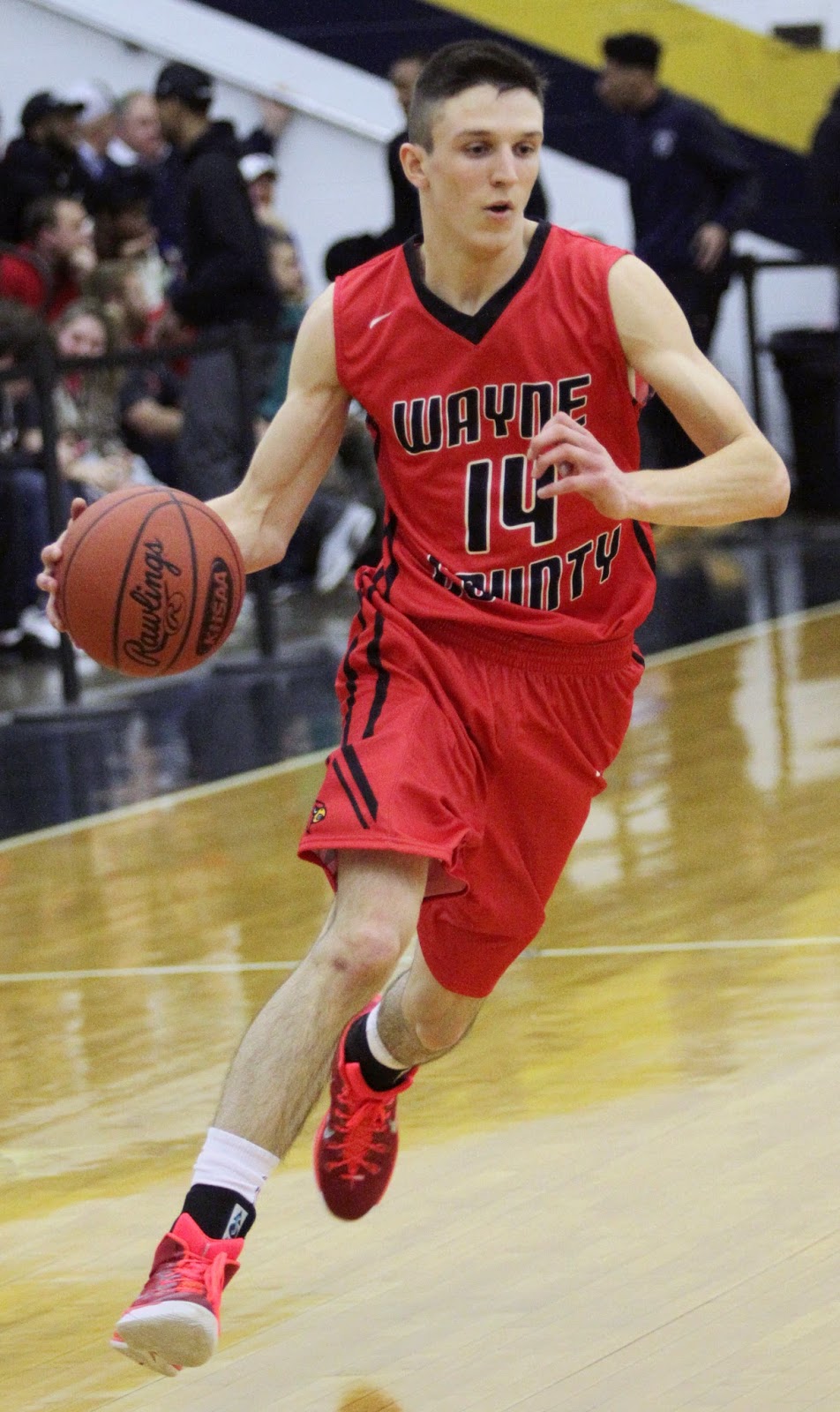 Tournament host Fairdale (4-2) tangled with 7th ranked Wayne County (3-2) in their opening round match up. The Bulldogs who haven't lost a first-round contest since 2010 couldn't overcome the hot second half by the Cardinals.

The teams traded field goals early in the opening quarter before Wayne County's Corey Stearns reeled off six first quarter points to push the Cards to a seven point lead. The Bulldogs capped off an 8-point run with an Ethan Longacre three-pointer to cut the lead to three points with 2:43 remaining in the opening half. The Cards forced three Bulldogs turnovers in the closing minute of the half to take a 29-24 lead into the locker room. The Bulldogs got six points off 7 Wayne County turnovers in the opening half and held the Cardinals to 28% shooting.

A pair of field goals for Tre Richardson pulled Fairdale within a point one minute into the second half and Ethan Longacre's fourth three-pointer of the night kept the Dawgs in contention but the Cardinals pulled away from there. A 16-7 run by Wayne County pushed the Cardinals leas to twelve points and the Dawgs could never get closer than five for the remainder of the game. Following a technical foul the Wayne County's Trey Blevins nailed three straight free throws to push their lead to 13, the largest of the game.