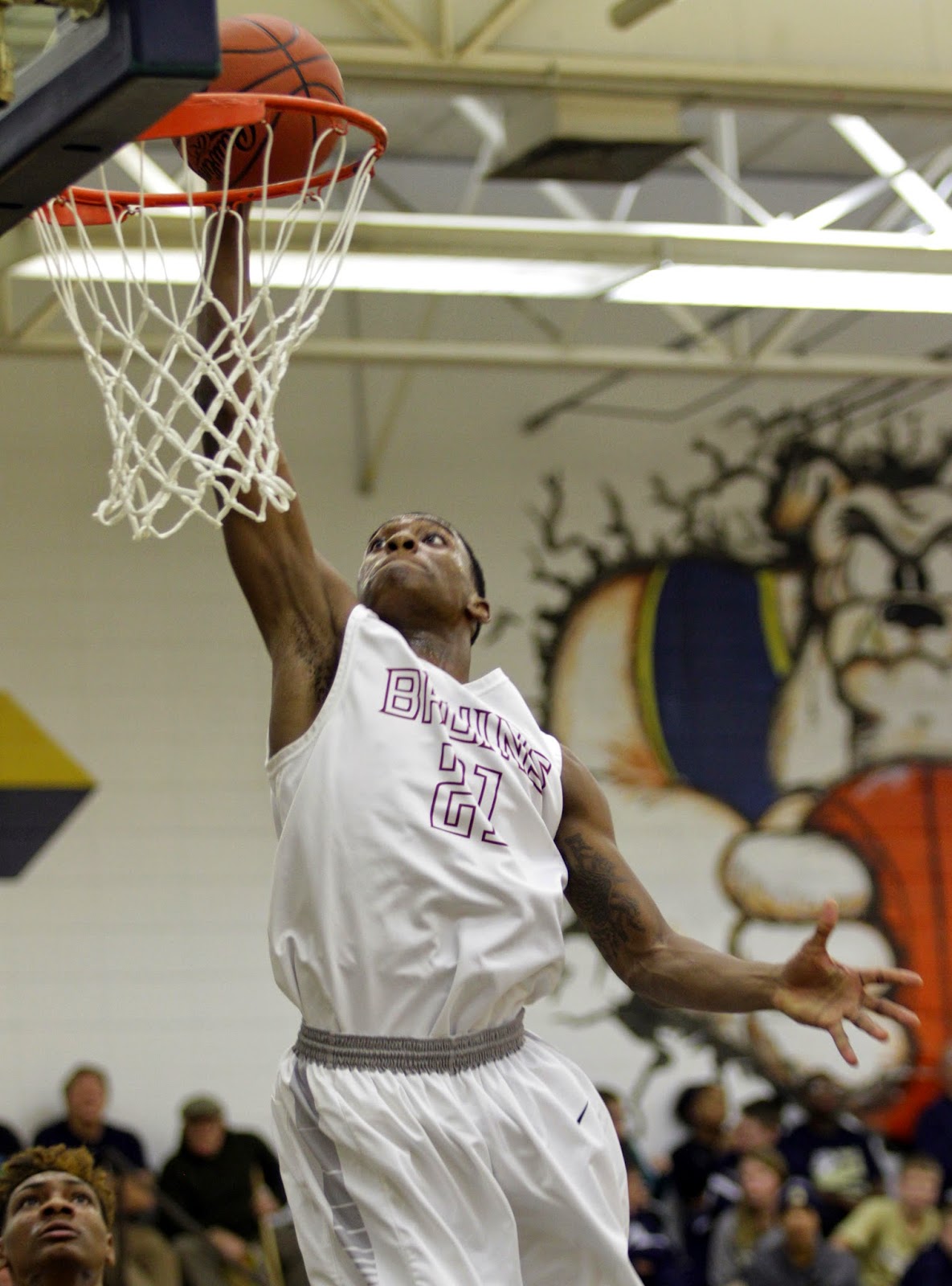 The opening game of the 2014 King of the Bluegrass was an instant classic with defending tournament champion Ballard (5-2) dropping their opener to St. John's (4-2). The Cadets of Washington D.C. needed an extra four minutes of play to push past Kentucky's second ranked Bruins.

Second ranked Ballard opened the game with sharp shooting taking a 5-1 lead. From there, the opening half was all St. John's as the Cadets rolled off seven straight points to take a 16-10 lead at the end of the opening quarter. St. John's junior guard Anthony Cowan pushed the Cadets to their largest lead at 10 points with 5:58 remaining in the first half. A 3-pointer by Ballard senior Anthony Eaves cut the lead to six points with 4:03 remaining in the half, but the Bruins could get no closer. St John's defense held the Bruins to just 27% shooting in the opening half. Ballard's 3-point shooting kept them in the game as they hit outscored the Cadets 9-0 from behind the arc.

Ballard senior Jalen Perry opened the second half with 8 points to pull the Bruins within 36-33. The charge didn't last long as Anthony Cowan added two free throws to push St. John's lead back to nine points. The Bruins cut the lead to two points in the opening minute of the fourth quarter. Anthony Eaves scored six straight points to tie the game for the first time since the mid-way point of the first quarter. St. John's ran out the final 1:11 of the game before senior Kris Saulny missed a jumper at the buzzer to send the game to overtime.

Ballard's Perry opened the extra period with a baseline jumper to give the Bruins a 57-55 lead, their first since the opening quarter of play. From there the Cadets rolled off eight straight points including a transition dunk by Kylia Sykes to give St. Johns a 63-57 lead. Ballard junior Jake Ramsey connected on a layup and to pull the Bruins within three but missed a free throw opportunity with less than 40 seconds to play. Junior guard Anthony Cowan and Tre Wood hit five-of-six free throws in the closing seconds to seal the Cadets 69-61 victory.