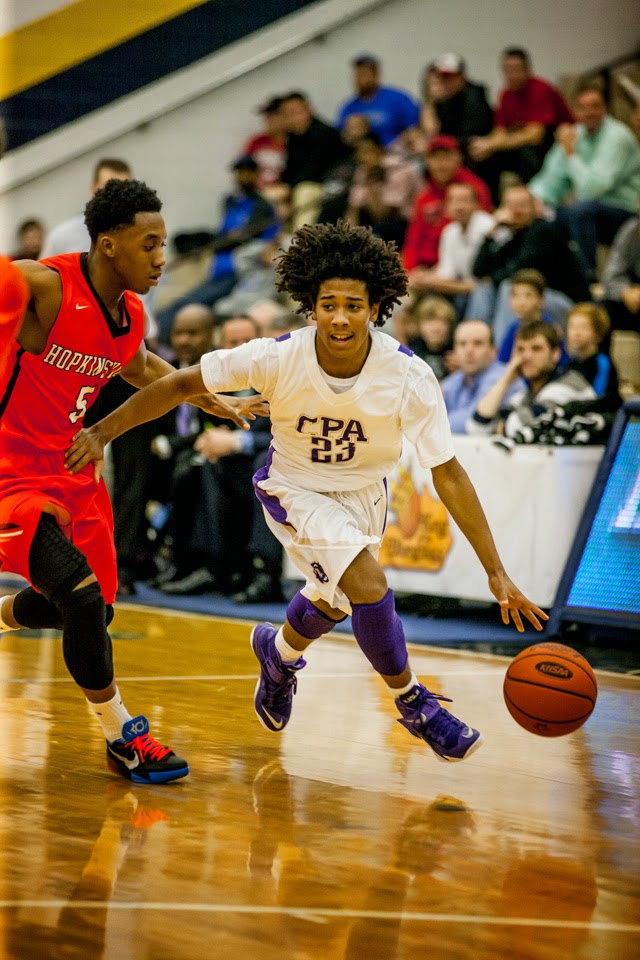 In the final game of the first round, Two-time tournament champion, Christ Presbyterian (8-1) took on 5th ranked Hopkinsville (6-1). The game was a battle back and forth for the entire game with the teams exchanging the lead twelve times. CPA's win was their ninth straight in the tournament.

The opening four minutes of the game were the Christ Presbyterian show as the Lions held Hopkinsville scoreless while building a 9-0 lead. In the last three minutes of the opening quarter Hopkinsville went on an 11-1 run taking their first lead of the game in the opening minute of the second quarter. The remainder of the first half saw the teams exchange the lead seven more times. The Tigers capitalized converting seven CPA turnovers into 9 points including Jalen Johnson's 3-pointer in the closing seconds of the half to push ahead 32-28.

A Kourtney Ware 3-pointer early in the second half helped the Tigers maintain their four point advantage before CPA went on a 9-2 run in the middle of the third quarter. Braxton Blackwell scored three straight points for Christ Presbyterian to build their lead to six points. A steal and basket by Ledonald Gray tied the game for the tenth time at 46-46 with less than a minute remaining in the third quarter. The two teams exchanged the lead four more times over the next four minutes with Tyger Campbell's field goal at the four minute mark giving CPA the lead for good. CPA held Hopkinsville to just four points over the final four minutes of play pulling away for the 75-63 victory.