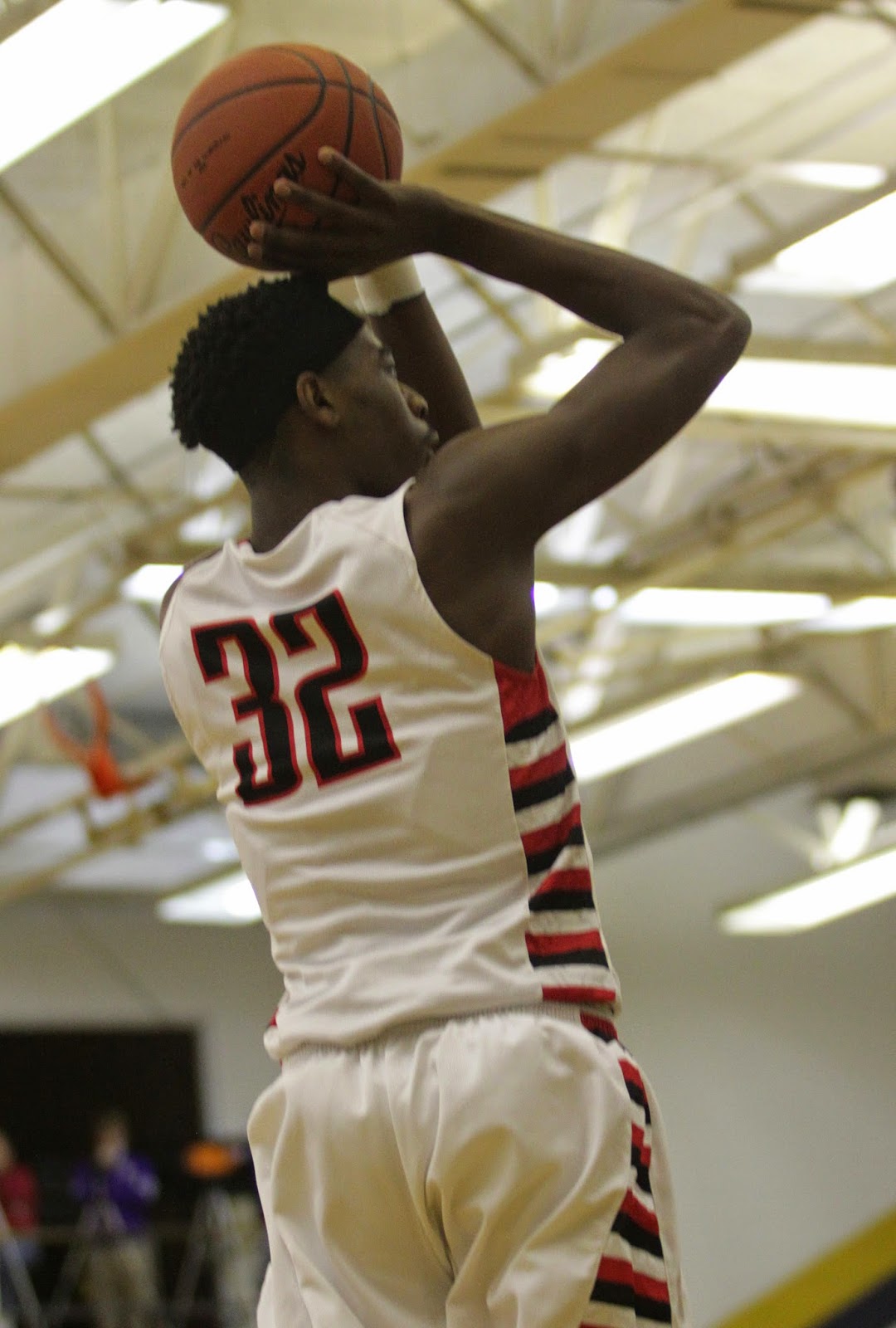 The final game of the night was a match up between top 25 opponents Owensboro (6-0) and Bardstown (3-3). The 9th ranked Red Devils were hot from the opening tip shooting nearly 70% in the first half to crush the 18th ranked Tigers of Bardstown.

The opening quarter of action saw the two teams battle back and forth with Bardstown taking the early 6-2 lead. From there the Tigers missed six straight shots going scoreless for nearly four minutes as the Red Devils pushed ahead by as many as six. Owensboro's Justin Miller scored his thirteenth point of the game in the final seconds of the opening quarter to extend the lead to 19-11. The Tigers got within five with a Donovan Nance three-pointer to open the second quarter but never got any closer. By the end of the opening half Owensboro pushed their lead to 18 points.

The second half started much the same way with Owensboro scoring seven of the first nine points of the half to push their lead to 56-32 at the end of the third quarter. The Red Devils lead grew to a game-high 35 points with three minutes remaining in play. Bardstown's shooting woes continued in the fourth quarter as they shot just 25%, but the Tigers ended the game on a 9-2 run to bring the final score to 71-34.

Bardstown was led in scoring by senior Donovan Nance with 10 points. Owensboro was led by senior forward Justin Miller with a game-high 22 points. Aric Holman added a double-double for the Red Devils with 18 points and 12 rebounds and Dylan Sanford added 9.

Posted by DecoTurf High School Tennis Team Championships at 12:01 AM