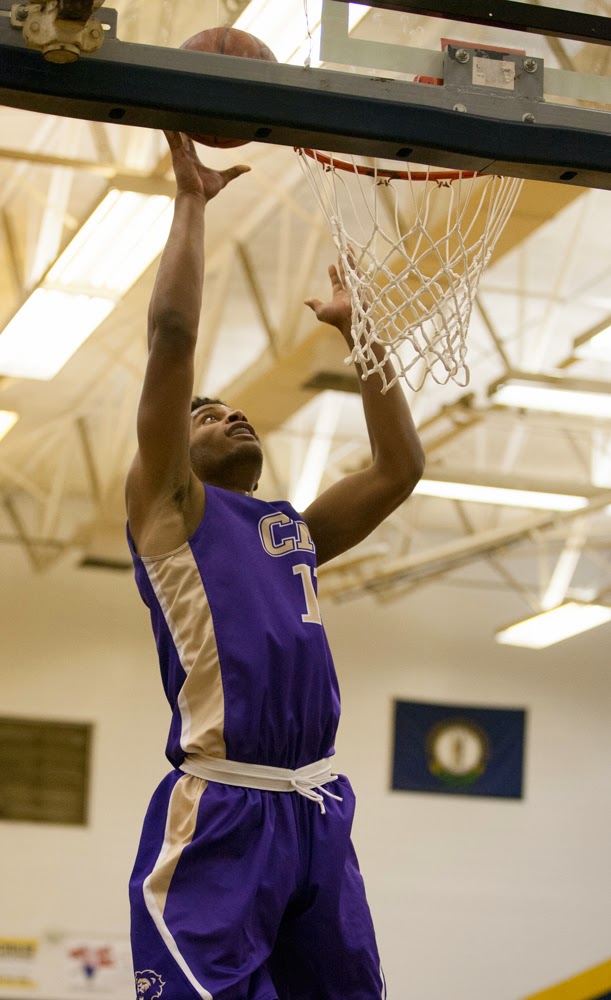 The Lions of Christ Presbyterian (9-1) moved to 10-0 all-time in the King of the Bluegrass with their quarterfinal win over Brooklyn's South Shore (4-4). The early battle between out-of-state opponents saw CPA have to overcome an eight point second half deficit.

The Lions of Nashville, TN jumped out to a quick 7-2 lead in the opening two minutes of play. South Shore responded with a seven point turnaround with Cheyenne Nettleton's basket tying the game at 11-11 with a minute remaining in the opening quarter. The South Shore defense blanketed CPA in the second quarter holding the Lions to just four points on 1/10 shooting. The Vikings turnaround sent them to the locker room with a 19-15 lead.

The Lions charge back in the opening minutes of the second half with Micah Davis' 3-pointer midway through the quarter pulling CPA within 26-24. South Shore hit a pair of outside shots by Nettleton and Nick Simeon to push ahead 32-26 at going into the final quarter. CPA junior Braxton Blackwell scored six straight for the Lions as they tied the game for the fourth time with five minutes remaining in play. A dunk by Blackwell put CPA ahead for good with two minutes remaining in play. Christ Presbyterian hit just five-of-ten free throws in the closing minute but held of the Vikings charge which never got closer than three points.

CPA junior Braxton Blackwell, who just picked up a scholarship offer from the University of Louisville, led all scorers with 28 points and Micah Davis added 11 points for the Lions. South Shore was led by Ryan Preston's 18 points and 14 rebounds and Nick Simeon added 12 points for the Vikings.